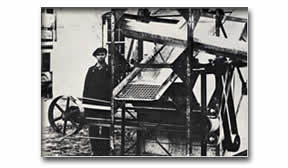 Started by Ory and Ed Symons in 1933 the Symons Brothers Screen Company designed and developed many different types of screening equipment.

Symons Screen Company has been in the screen manufacturing business for over 70 years building high quality equipment for the asphalt, aggregate, mining and industrial markets.

Before the screening company the Symons Brothers were very successful in designing and manufacturing the first aggregate cone crushers called the Symons Cone Crusher which was later bought by the Nordberg Manufacturing Company of Milwaukee, WI. 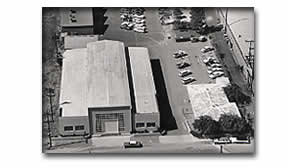 The Symons Brothers started the screen company in North Hollywood, California, were they operated for over 66 years designing and building thousands of screens and shipping them world wide.

In 1999 Symons was purchased by XMS Equipment Company and relocated to Tempe, Arizona where all the engineering and design of new screens and parts are manufactured today.

Today Symons Screen Company is a division of XMS Industrial, a manufacturing company involved in the manufacture of parts and equipment for mines and construction industries worldwide. 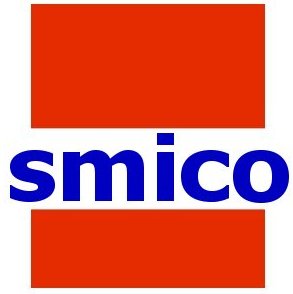 In July of 2009, Symons became part of well known SMICO Manufacturing headquartered in Oklahoma City, Oklahoma USA. SMICO manufactures screeners and vibratory feeders and separators. The addition of Symons to SMICO completed the ability for SMICO to manufacturer from the smallest to the largest screeners available!